skip to main | skip to sidebar

From My Aunt's House to the White House! 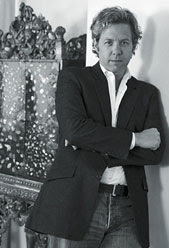 Congrats to Michael Smith for being chosen to decorate the White House! I've since seen the many blog posts all over the internet on our fellow bloggers' sites in addition to Domino magazine making the announcement.

Just thought I'd share a note about Michael on a personal level. Michael grew up in Newport Beach in Bayshores where I also grew up. He lived a few blocks behind where I lived next door to my Aunt Linda. His mom and my aunt have been friends for decades. A few years ago my aunt and I got to talking about Michael; she knew him throughout his childhood. My aunt, who's also an interior designer, told me Michael used to come over to her house and read her Architectural Digest magazines and that my cousin's (who are the same age as he) didn't really play with him because he was "different." I often wonder how much influence my aunt had on him! She mentioned he would ask her about her design work and projects.

For those of you who do not know Bayshores in Newport Beach, it's a small private gated community with many homes on the water in Newport Harbor. The community (used) to be full of modest size homes and some that have a very traditional east coast "Cape Cod" style. Over the years, many of the homes have been renovated and the original community has "evolved." However, there are still many homes that have kept with the tradition of the original Bayshores. If anything, I am sure Michael's growing up there has a great influence on his work today.

A few pictures of Bayshores homes below. 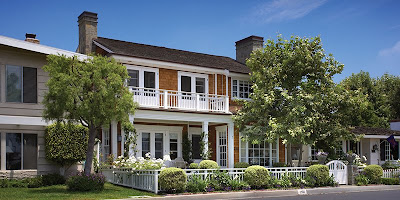 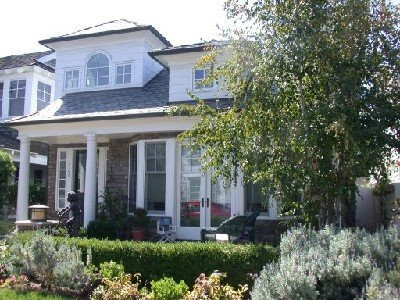 With online design, you can access interior design services for a flat rate per room package via the internet. By sending your room measurements and photographs, along with a description of your project, I can provide a package solution for your room which will include: concept pictures & ideas, furniture floor plan drawings, color & material selections, furnishings selections, & list of resources. Each room design is just $375. Please email: JSInteriorDes@aol for more details.

Check out these links!